The City of Rancho Cucamonga, California hired Urban3 to perform a revenue modeling analysis that included a sales tax revenue analysis. Rancho Cucamonga sits in the middle of the mostly built-out Inland Empire region of California. As a result, Rancho Cucamonga has limited opportunity to expand outward. Urban3 found that Rancho has strong value per acre across much of the city due to dense, valuable single-family housing. However, Rancho Cucamonga lacks any high productivity nodes that a downtown or new urbanist development usually provides. Urban3 concluded that a regional opportunity for adding a serious node exists. Urban3 projected the value of potential new core-focused development. With an efficient infill development pattern, Rancho Cucamonga could be home to a regional downtown worth over $2B in additional value.

The realities of California tax policy and the relative recent growth of Rancho Cucamonga mean the city is highly invested in increasing their retail sales tax and property value in order to maintain or improve city services. The ubiquity of commuting has helped Rancho Cucamonga grow, but a lack of destinations has prevented the City from retaining workers and residents. Rancho Cucamonga has an opportunity to capitalize on its position in the region to develop new growth that attracts serious investment, creating a more sustainable wealth-producing engine. 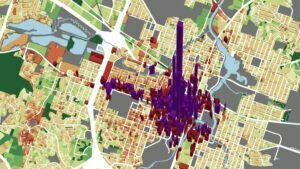 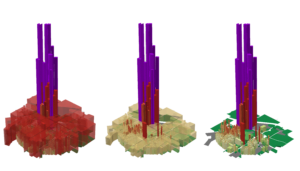 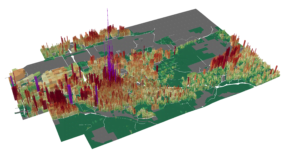 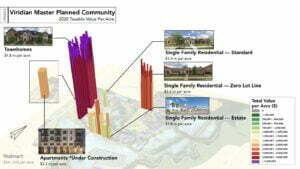